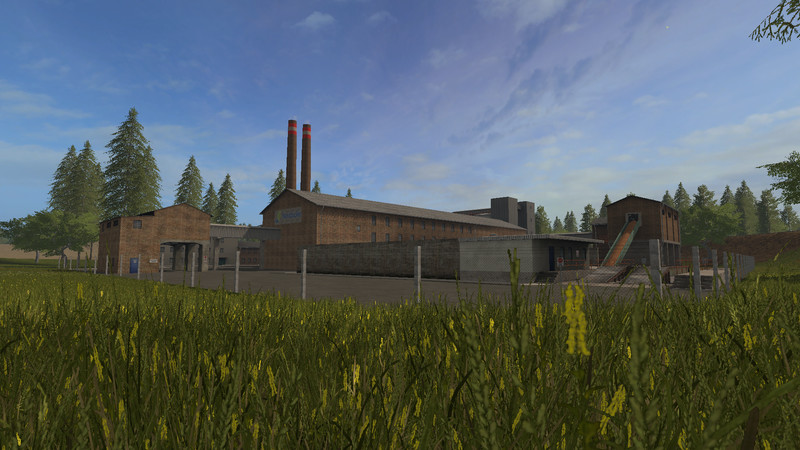 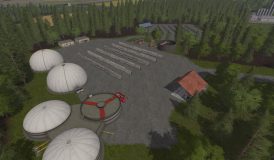 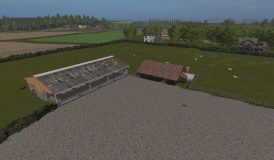 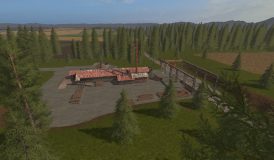 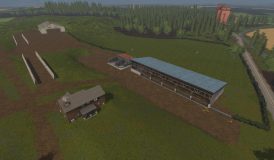 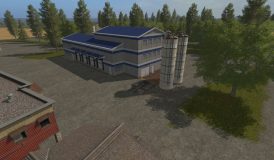 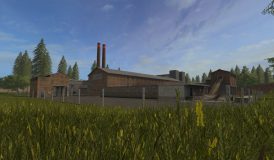 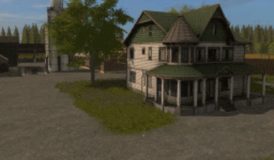 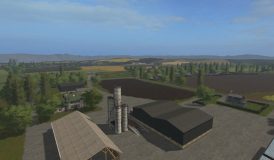 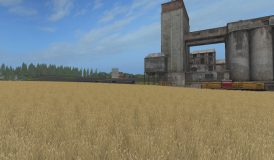 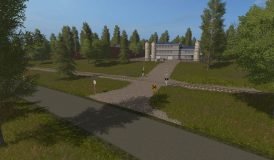 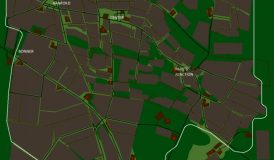 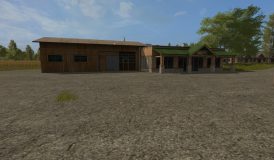 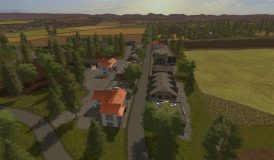 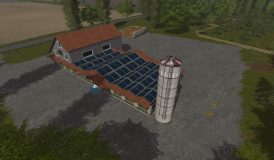 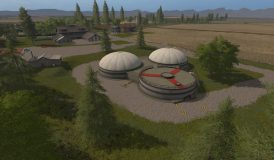 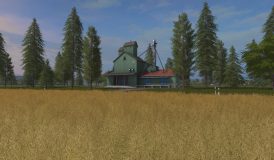 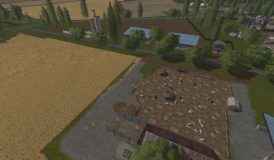 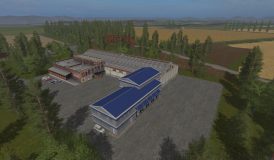 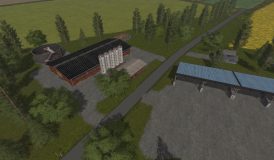 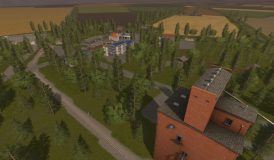 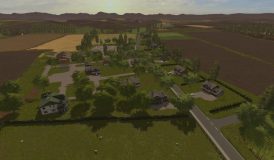 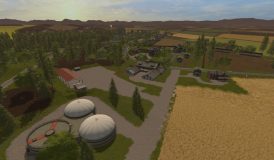 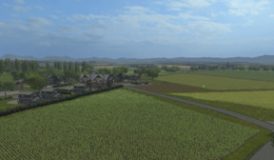 WARNING: If you are updating from V1.0.0, you will need to start a new savegame for the changes to take effect.

Today I give you all a mapping project that has taken me nearly two months to complete: Germantown.

This is a 4x map that is inspired by Bullgore and his MIG Map Region Celle from Farming Simulator 2013 and Farming Simulator 15. Only the field shapes, terrain, roads, hedges, and traffic splines are directly from his map, but everything else from the trees to the railroad to the starting fleet has been built and rebuilt from the ground up using the default assets from Goldcrest Valley.

Now, here is what you will find on Germantown:
– A 4x map with all of the crops of the vanilla game (meaning 4 times the size in area of a default map)
– 145 fields ranging from 0.33ha to 62ha, totaling roughly 820ha (a little over 2000 acres); vast amounts of forest/timber land
– 3 main farms with silos and plenty of space for placeables with sheep, pigs and cows at each; loads of extra flat spaces scattered throughout the map for placeables that are marked on the PDA
– Biodiesel plant built in using Fabrik Script; takes canola and produces fuel, forage, and digestate in a 40:40:20 ratio; fuel can be used in all vehicles, loaded into the fuel browsers, or sold to Schaible
– 12 sell points (including BGA, spinnery, biodiesel, etc.)
– Multiple silage silos, multiple silos that can be expanded (each are marked on PDA)
– Dynamic traffic system (speeds range from 30km/h to 60km/h)
– Seasons mod ready with custom seasonal temperatures built in
– A single rail line that circumnavigates the map with expanded train consist
– Gold nuggets

There are some mods that I would HIGHLY recommend if you decide to play this map by yourself and get anything done in a timely manner: Courseplay and/or AI Vehicle Extension. I would also recommend the Seasons Mod if you want a more realistic gameplay.

This is not the final version that I have planned. I do plan to produce a more versions that includes chopped straw, soil mod, extra crops, or any other extras in the future that catch my fancy, but that is for another time. 🙂

Please do not upload this map any other mod sites unless you use the original link only and preferably with my permission first. Thank you.

Changelog V1.1.0.0
WARNING: If you are updating from V1.0.0, you will need to start a new savegame for the changes to take effect.

– added silos to bakery (decorative only)

– added roads in between fields

– moved store spawn back to vehicle shop in southern village

– changed a couple of names of sell points

– changed PDA map, including added town names and where things are (such as silos, silage pits, Biodiesel Plant, etc.)

– removed laser beam from the forage silo at the Biodiesel Plant

– replaced original gate at Biodiesel Plant for Giants barrier, which now means you are no longer limited access to the Plant at night

- JohnDeere318i and Dogface from the Giants Forum, and ccs101 from FS-UK.com for helping me test this map